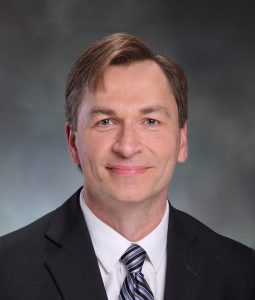 Dr. Klosin is a senior fellow in Core R&D at Dow. His research focused on homogenous catalysis, including catalyst development for olefin polymerization, asymmetric hydroformylation reactions, and ethylene tetramerization process. Early in his career, he has been involved with the discovery and development of Dow’s INSITE Technology and Constrained-Geometry Catalysts. Dr. Klosin, together with his teams, co-developed several molecular catalysts for olefin polymerization that were commercialized subsequently by Performance Plastics to produce differentiated polyolefins.

He has published 60 external papers in the area of organometallic and homogenous catalysis and holds 60 US granted patents. He has given over 50 invited lectures at national and international conferences and various universities. He is a recipient of the 2000 Dow Excellence in Science Award, for the development and commercialization of INSITE Technology, 2013 SCI Gordon E. Moore Medal awarded for the discovery and commercialization of new homogenous olefin polymerization catalysts and 2018 Herman Pines Award that recognizes outstanding leadership and contributions to Catalysis Community. In 2019, Dr. Klosin was elected as a Fellow of the ACS. Dr. Klosin is a Member of the Editorial Advisory Board of Organometallics, Member of Joint Board-Council Committee on ACS Publications, and a board member of Chemical and Engineering News (C&EN). Dr. Klosin was an organizer and a chair of the 2015 Organometallic Gordon Research Conference and co-organizer of 2015, 2017, 2019 and 2022 Advances of Polyolefins conferences.

Dr. Klosin received an MS in Chemistry from Adam Mickiewicz University in Poznan, Poland, in 1991, and a Ph.D. in Chemistry (Organic, Organometallic) from the University of Florida, Gainesville in 1995.