2022.06.27
Luncheon seminars will be held on Wednesday and Thursday.

2022.06.24
Instructions for poster presentations have been added.

HYBRID CONFERENCE
The conference will take place as a hybrid event (in-person and virtually).
For more information, please click here.

Stimulating closer ties between academia and industry and encouraging young researchers in the field of catalysis are the central concept of this conference. This conference should greatly contribute to exchanging new ideas and technologies and promoting developments of new outstanding catalysts and systems under the scope that catalysis is a highly and eagerly demanded technology in industries and for sustainable society and drives innovation in many other fields.

Deadline for abstract submission has been extended to
November 30, 2021

Notice of acceptance of papers 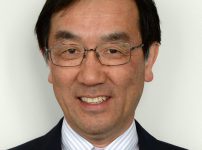 Prof. Atsushi Fukuoka "Heterogeneous catalysis for valorization of cellulose and chitin" Atsushi Fukuoka is a Professor at the Institute for Catalysis (ICAT) in Hokkaido University. He studied homogeneous catalysis under the guidance of Prof. Masanobu Hidai at the University of Tokyo and received a PhD in 1989. Then he joined Catalysis Research Center (CRC) and started the research on heterogeneous catalysis with Prof. Masaru Ichikawa. In 1991 he moved to Tokyo University of Agriculture and Technology but returned to Hokkaido in 1997. In 2010-2014 he served as Director of CRC and led the reorganization of CRC to ICAT. Now he is an Advisor to the President of Hokkaido University. In 2015 he received a Society Award from the Catalysis Society of Japan and GSC Award from the Ministry of Education, Culture, Sports, Science and Technology, Japan. He served as President of the Catalysis Society of Japan in 2018-2019 and has been an executive council member, Officer, of the International Association of Catalysis Societies since 2016. His current research interests include catalytic biomass conversion and freshness-preserving catalysts. 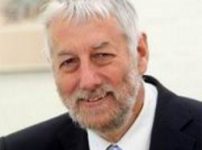 Prof. Graham J. Hutchings "Catalysis using gold containing nanomaterials" Cardiff Catalysis Institute, School of Chemistry, Cardiff University, Cardiff, UK CF10 3AT Graham Hutchings is Regius Professor of Chemistry at Cardiff University. He studied chemistry at University College London and also a PhD in biological chemistry in 1975. His early career was with ICI and AECI Ltd where he became interested in gold catalysis. In 1984 he moved to academia and has held chairs at the Universities of Witwatersrand, Liverpool and Cardiff. His main interests are in oxidation catalysis with a special interest in catalysis by gold. He was elected a Fellow of the Royal Society in 2009, a Member of Academia Europaea in 2010 and a Founding Fellow of the learned Society of Wales in 2010. He was awarded the Davy Medal of the Royal Society in 2013, the ENI Award for Advanced Environmental Solutions in 2017, the RSC Faraday Lectureship and Prize in 2018, a CBE in the Queen's Birthday Honours List in 2018 and the Michel Boudart Award in 2021. 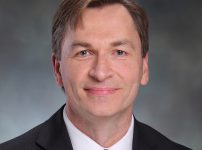 Dr. Jerzy Klosin "Development of Homogeneous Olefin Polymerization Catalysts with Tunable Selectivity"  Senior Fellow Dow, Corporate R&D USA Dr. Klosin is a senior fellow in Core R&D at Dow. His research focused on homogenous catalysis, including catalyst development for olefin polymerization, asymmetric hydroformylation reactions, and ethylene tetramerization process. Early in his career, he has been involved with the discovery and development of Dow’s INSITE Technology and Constrained-Geometry Catalysts. Dr. Klosin, together with his teams, co-developed several molecular catalysts for olefin polymerization that were commercialized subsequently by Performance Plastics to produce differentiated polyolefins. He has published 60 external papers in the area of organometallic and homogenous catalysis and holds 60 US granted patents. He has given over 50 invited lectures at national and international conferences and various universities. He is a recipient of the 2000 Dow Excellence in Science Award, for the development and commercialization of INSITE Technology, 2013 SCI Gordon E. Moore Medal awarded for the discovery and commercialization of new homogenous olefin polymerization catalysts and 2018 Herman Pines Award that recognizes outstanding leadership and contributions to Catalysis Community. In 2019, Dr. Klosin was elected as a Fellow of the ACS. Dr. Klosin is a Member of the Editorial Advisory Board of Organometallics, Member of Joint Board-Council Committee on ACS Publications, and a board member of Chemical and Engineering News (C&EN). Dr. Klosin was an organizer and a chair of the 2015 Organometallic Gordon Research Conference and co-organizer of 2015, 2017, 2019 and 2022 Advances of Polyolefins conferences. Dr. Klosin received an MS in Chemistry ... 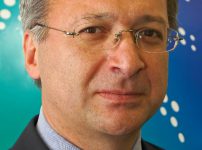 Dr. Omer Refa Koseoglu "Challenges in refining and petrochemical catalysis" Dr. Omer Refa Koseoglu is a Principal Scientist at the Saudi Aramco Research and Development Center, leading the Refining Development Team.  He has a Ph.D. degree in Chemical Engineering from the University of Toronto, Canada.  He has more than 37 years of experience in refining and petrochemical catalyst and process technologies.  Prior to joining to Saudi Aramco he worked for CONOCO, Inc. at the Technology Development Center, IFP North America / Hydrocarbon Research, Inc. (HRI) at Princeton and Lyon Paris Headquarters and Shell Canada Limited R&D Center specializing in refining process technologies. He was awarded the Saudi Aramco President Excellence Award in 2015 and the International Technology Exchange Award by the Japan Petroleum Institute in 2016.  He is the inventor and developer of commercial products including COPI-Crude Oil Property Index technology, hydrocracking and FCC catalysts,  which were deployed at Riyadh and Ras Tanura Refineries. Dr. Koseoglu is the inventor for 164 granted US patents and 157 additional patent applications filed at the US patent office.  He has numerous publications and a licensed professional engineer. 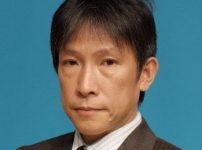 Dr. Takeshi Morikawa (Toyota Central R&D Laboratories) "Semiconductor Photocatalysts and their Combination with Molecular Catalysts for Energy Storage and Environmental Improvement" Dr. Takeshi Morikawa is Senior Fellow at Toyota Central R&D Labs., Inc. He joined Toyota Central R&D in 1989, and he has been working on development of technologies associated with automotive control including fundamental researches which are important to automobile industry. He also conducted researches on photocatalytic and photoelectrochemical systems comprising of semiconductors and metal-complexes for environmental purification and carbon dioxide conversion under mild conditions. To date, he has served as a leader or a PI of several projects, NEDO (New Energy and Industrial Technology Development Organization), ACT-C (Advanced Catalytic Transformation Program for Carbon Utilization) of JST (Japan Science and Technology Agency), and a project commissioned by the Ministry of the Environment in Japan. His hobbies include reading and exploring mountains. . SELECTED AWARDS Prize for Science and Technology, The Commendation for Science and Technology by the Minister of Education, Culture, Sports, Science and Technology, 2020 Technical Development Award of the Electrochemical Society of Japan (Tanahashi Award), 2017 Environment Minister’s Award for Global Warming Prevention Activity (Technological Development and Commercialization Category), 2017 The Chemical Society of Japan Award for Technical Development, 2007 The American Ceramics Society Corporate Environmental Achievement Award, 2006 . SELECTED PUBLICATIONS “A large-sized cell for solar-driven CO2 conversion with a solar-to-formate conversion efficiency of 7.2%”, Joule, 5, 1 (2021). “Solar-driven CO2 to CO Reduction Utilizing H2O as an Electron Donor by Earth-abundant Mn-bipyridine Complex and Ni-modified Fe-oxyhydroxide Catalysts Activated in a Single-compartment ... 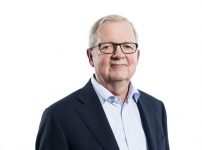 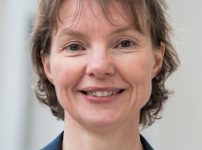 Prof. Unni Olsbye "Oxygenate-mediated conversion of CO2 to light olefins and fuels - fundamental and applied aspects" Dr. Unni Olsbye is Professor at UiO since 2001. She is an expert of heterogeneous catalysis, and has authored more than 190 scientific papers (H-index 55). She was Managing Director of the center of research based innovation inGAP (2008-2015), aimed at developing new and improved industrial processes based on fundamental insight in catalytic materials and reactions. She was recently awarded a Top Researcher grant from the Norwegian Research Council (CONFINE, 2016-2020), is currently heading a Horizon2020 project on CO2 valorisation (COZMOS, 2019-2023) and is corresponding PI of an ERC Synergy grant project aimed at cross-fertilizing enzymatic and heterogeneous catalysis fields (CUBE, 2020-2025). She received the University of Oslo Innovation Award in 2017 (awarded annually for ideas emerging from at UiO that have shown significant value creation for society), the Award for Excellence in Natural Gas Conversion (2019) and the Wilhelm Manchot Research Professor Award (2019).  Prof. Olsbye is elected member of the Norwegian Academy of Technical Sciences and the Norwegian Academy of Science and Letters. She was an Associate Editor of ACS Catalysis (2016-19) and serves in several international research centre boards and scientific advisory boards. 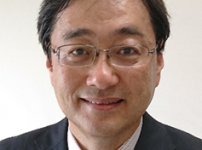 Prof. Hiromi Yamashita "Design of nanostructured catalysts for hydrogen-carbon cycles and environmental uses" Division of Materials and Manufacturing Science Graduate School of Engineering Osaka University Hiromi Yamashita has been a professor of Osaka University since 2004. He also has been a professor of Elements Strategy Initiative for Catalysts & Batteries (Kyoto University) since 2012.  He received PhD degree from Kyoto University (supervisor: Prof. S. Yoshida) in 1987. He was an assistant professor of Tohoku University (with Profs. A. Tomita, T. Kyotani), an associate professor of Osaka Prefecture University (with Prof. M. Anpo), and an invited professor of University Pierre and Marie Curie (with Prof. M. Che). He was also visiting research fellows of the Pennsylvania State University (with Prof. L.R. Radovic), the University of Texas at Austin (with Prof. M.A. Fox), California Institute of Technology (with Prof. M.E. Davis). He has been the president of Asia and Pacific Association of Catalysis Societies (2019-), the president of Catalysis Society of Japan (2019-2020), the member of Academia Europea (2019-), the editor of Applied Catalysis B (2012-), the associate editors of Journal of Photochemistry and Photobiology C (2014-2020), Chemistry Letters (2013-2016), Bulletin of the Chemical Society of Japan (2007-2010), Editorial Boards of ChemCatChem (2021-), Journal of CO2 Utilization (2013-), Materials Today Sustainable (2018-), EcoMat (2019-), Tsinghua Science and Technology (2019-), Applied Catalysis A (2007-2010). He edited books such as “Nanostructured Photocatalysts” (Springer, 2016), “Core-Shell and Yolk-Shell Nanocatalysts” (Springer, 2021). He received awards from several societies such as Catalysis Society of Japan, the Japan Petroleum Institute, Japanese Photochemistry Association, ... 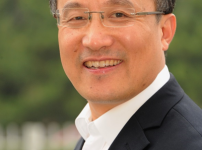 Prof. Tao Zhang "Single-atom catalysis: progress, opportunity and challenge" Tao Zhang received PhD in 1989 from Dalian Institute of Chemical Physics (DICP), Chinese Academy of Sciences (CAS). After one year in University of Birmingham as a post-doctoral fellow, he joined DICP again in 1990 and was promoted to a full professor in 1995. He was the Director of DICP from 2007-2016 and is now the Vice President of CAS. His research interests are mainly focused on  Single-Atom Catalysis，Nano Catalysis, Biomass Conversion, and CO2 Conversion. He has published more than 500 peer-reviewed papers and 100 patents. He is the Co-Editor-in-Chief of Chinese Journal of Catalysis since 2014, and Editorial/Advisory Board Members of Applied Catalysis B, ACS Sustainable Chemistry & Engineering，ChemPhysChem, Green Chemistry and Industrial & Engineering Chemistry Research. Zhang has won many important awards, such as the National Invention Prize, Distinguished Award of CAS, Excellent Scientist Award of Chinese Catalysis Society, Zhou Guangzhao Award, ChinaNano Award, and Ho-Leung Ho-Lee Prize for Science and Technology. He was elected as a member of the CAS in 2013, TWAS fellow in 2018 and international fellow of the Canadian Academy of Engineering in 2020 .

TOCAT9 will be held at “Fukuoka International Congress Center”. It is a world-class convention complex located on the waterfront of Fukuoka City. This area has good access to Hakata Station and Fukuoka Airport where there are many international flights to Korea, China, and East Asia. For further information, Venue - TOCAT9 (catsj.jp) 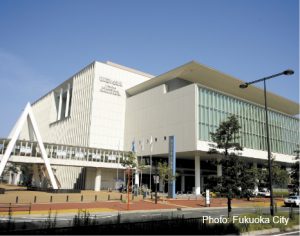 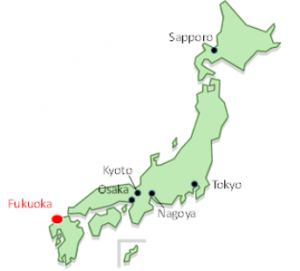