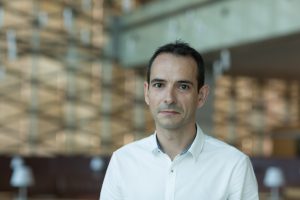 Gascon is a member of the board of the International Zeolite Association Commission on Metal Organic Frameworks. He has been the recipient of the prestigious VENI (2010), VIDI (2013) and ERC Starting (2013) personal grants and of the 2013 ExxonMobil Chemical European Science and Engineering Award. He has co-authored over 300 scientific articles and 15 patents. He is a Clarivate Analytics highly cited researcher (2018, 2019, 2020).