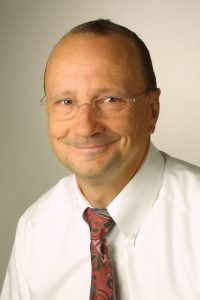 "Catalysis for a more sustainable chemistry"

Rhett Kempe was born in Dresden in 1964 and spent his childhood in the beautiful landscapes of Pillnitz. He studied chemistry at the University of Leipzig including research stays in Jena (D. Walther) and Stuttgart (H.-G. von Schnering), received his PhD degree (nickel chemistry) under the supervision of J. Sieler in1992 and worked as a postdoc with R. R. Schrock at MIT (1992/1993) and with C. Krüger at the “Max-Planck-Institut für Kohlenforschung” in Mülheim (1993/1994). After these postdoctoral stays, he started his independent carrier in the Max-Planck Group “Complex Catalysis” led by U. Rosenthal at the “Institut für Organische Katalyseforschung” (IfOK, now Leibniz Institute of Catalysis, LIKAT Rostock). The habilitation thesis (amido metal chemistry) was defended in 1998. He worked as a group leader and lecturer for two years at the IfOK in Rostock and then moved as a visiting lecturer to the University of Melbourne (R. Robson’s group, 2000/2001). He became a Professor of Inorganic Chemistry at the University of Oldenburg in 2001 and was appointed to a Chair of Inorganic Chemistry at the University of Bayreuth in 2002. Afterwards, Rhett Kempe received several offers from other universities (2006: University of Rostock and the LIKAT; 2010: Humboldt University of Berlin), which were declined. His research interest is the development of novel catalyst systems (homogeneous and heterogeneous) and the use of catalysis as a tool for more sustainable. He is an author of more than 400 publications and was awarded, for instance, the Karl-Winnacker-Stipendium, the Heisenberg-Stipendium and the Terrae Rarae Award. Rhett Kempe was the Head of the Department of Chemistry of the University of Bayreuth from 2004 to 2007, the Dean and Vicedean of the Faculty of Biology, Chemistry and Geosciences of this university from 2009 to 2015, and a member of the Board of the University of Bayreuth from 2015 till 2019.