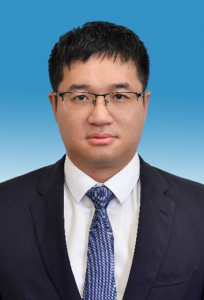 Prof. Xinchen Wang is the vice president of Fuzhou University, P.R. China, and the director of the State Key Laboratory of Photocatalysis on Energy and Environment at Fuzhou University. He received his PhD from The Chinese University of Hong Kong in 2005, and moved to Tokyo University as a JSPS post-doctor in 2006. In 2007, he worked at the Max Planck Institute of Colloids and Interfaces, Germany, as an Alexander von Humboldt fellow, and appointed as a group leader in 2008-2012. He was the Fellow of The Royal Society of Chemistry (UK) in 2015, and was appointed as the distinguished professor of Changjiang Scholars in 2016 (P. R. China). He is one of the pioneers in field of carbon nitride photocatalysis. He developed carbon nitride photocatalysts for water splitting, CO2 reduction, water purification, air-pollution degradation, and organosynthesis. To date, he has achieved more than 300 peer-reviewed publications, including Nat. Mater., Nat. Rev. Mater., Nat. Catal., J. Am. Chem. Soc., Angew. Chem. Int. Ed., Nat. Commun. and more. His total citations are ca. 54,000 times with H-index of 116. He is Associate Editor of Sustainable Energy and Fuels.