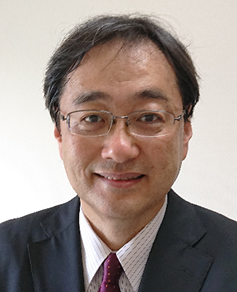 "Design of nanostructured catalysts for hydrogen-carbon cycles and environmental uses"

Hiromi Yamashita has been a professor of Osaka University since 2004. He also has been a professor of Elements Strategy Initiative for Catalysts & Batteries (Kyoto University) since 2012.  He received PhD degree from Kyoto University (supervisor: Prof. S. Yoshida) in 1987. He was an assistant professor of Tohoku University (with Profs. A. Tomita, T. Kyotani), an associate professor of Osaka Prefecture University (with Prof. M. Anpo), and an invited professor of University Pierre and Marie Curie (with Prof. M. Che). He was also visiting research fellows of the Pennsylvania State University (with Prof. L.R. Radovic), the University of Texas at Austin (with Prof. M.A. Fox), California Institute of Technology (with Prof. M.E. Davis). He has been the president of Asia and Pacific Association of Catalysis Societies (2019-), the president of Catalysis Society of Japan (2019-2020), the member of Academia Europea (2019-), the editor of Applied Catalysis B (2012-), the associate editors of Journal of Photochemistry and Photobiology C (2014-2020), Chemistry Letters (2013-2016), Bulletin of the Chemical Society of Japan (2007-2010), Editorial Boards of ChemCatChem (2021-), Journal of CO2 Utilization (2013-), Materials Today Sustainable (2018-), EcoMat (2019-), Tsinghua Science and Technology (2019-), Applied Catalysis A (2007-2010). He edited books such as “Nanostructured Photocatalysts” (Springer, 2016), “Core-Shell and Yolk-Shell Nanocatalysts” (Springer, 2021). He received awards from several societies such as Catalysis Society of Japan, the Japan Petroleum Institute, Japanese Photochemistry Association, the Japan Institute of Metals and Materials, Japan Society of Coordination Chemistry. His research interests include the design of single-site photocatalysts and nanostructured catalysts.