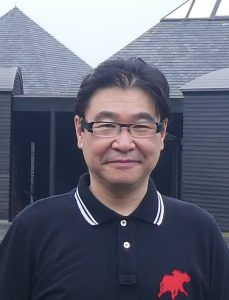 Keiichi Tomishige received his B.S., M.S. and Ph.D. from Graduate School of Science, Department of Chemistry, The University of Tokyo with Prof. Y. Iwasawa. During his Ph.D. course in 1994, he moved to Graduate School of Engineering, The University of Tokyo as a research associate and worked with Prof. K. Fujimoto. In 1998, he became a lecturer, and then he moved to Institute of Materials Science, University of Tsukuba as a lecturer in 2001. Since 2004 he has been an associate professor, Graduate School of Pure and Applied Sciences, University of Tsukuba. Since 2010, he is a professor, School of Engineering, Tohoku University. His research interests are the development of heterogeneous catalysts for 1) production of biomass-derived chemicals, 2) non-reductive CO2 conversion to value-added chemicals, and 3) reforming for the production of renewable hydrogen from biomass. He is Associate Editor of Fuel Processing Technology (2014-), Editorial Board of Applied Catalysis A (2009-), International Advisory Board of ChemSusChem (2015-), Editorial Board of Green Chemistry (2017-), Editorial Advisory Board of ACS Omega (2018-), and International Advisory Board of ChemCatChem (2021-).