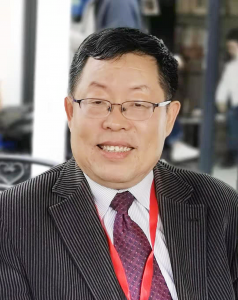 He was elected as a member of the Chinese Academy of Sciences in 2003, a member of the Academy of Science for Developing Countries (TWAS) in 2005, a foreign member of Academia European in 2008, and a Fellow of the Royal Society of Chemistry in 2008. He was the President of the International Association of Catalysis Societies (2008-2012) and the president of the Asia-Pacific Association of Catalysis Societies (2013-2017). Currently, he is the chairman of Catalysis Society of China, Dean of Materials and Chemical School of USTC, and the director of the Solar Energy Division, DICP, CAS. He was been appointed to the director leading a national program on fundamental research center of “artificial photosynthesis” by National Natural Science Foundation of China. Among the prestigious awards and honors recognizing his research include International Catalysis Award, the National Natural Science Prize of China, National Catalysis Award of China, the Ho Leung Ho Lee Prize (Hong Kong), National Petrochemical Prize, National Outstanding Scientist Award, Japanese Photochemistry Association Elsevier Lectureship Award, Achievement Award in Spectrum of China, the Advance of Catalysis Award of the Asian-Pacific Association of Catalysis Societies and Mission Innovation Champions, etc.

His research interests span spectroscopic characterization of catalysts and catalytic reactions, environmental catalysis, heterogeneous chiral catalysis. Over last 20 years, his research has focused on photocatalytic, photoelectrocatalytic and electrolysis water splitting and CO2 reduction utilizing renewable energy (including solar, wind and hydro energy). He is the Editor-in-Chiefs of Chinese Journal of Catalysis, and an associate editor of Chemical Communication, and serves as editorial members of a dozen international journals. He has more than 800 peer-reviewed papers with over 32000 citations, ~90 granted patents and over 100 plenary and keynote lectures at international conferences.