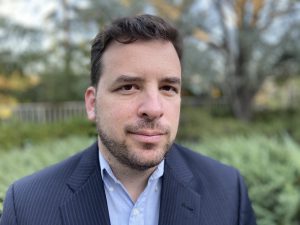 Adam Z. Weber holds B.S. and M.S. degrees from Tufts University, and a Ph.D. at University of California, Berkeley in chemical engineering under the guidance of John Newman.  Dr. Weber is a Senior Scientist and Leader of the Energy-Conversion at Lawrence Berkeley National Laboratory, co-Director of the Million Mile Fuel Cell Truck Consortium and co-Deputy Director of HydroGen consortium. His current research involves understanding and optimizing fuel-cell and electrolyzer performance and lifetime including component and ionomer structure/function studies using advanced modeling and diagnostics, understanding flow batteries for grid-scale energy storage, and analysis of solar-fuel generators and CO2 reduction. Dr. Weber has coauthored over 170 peer-reviewed articles and 10 book chapters on fuel cells, flow batteries, and related electrochemical devices, developed many widely used models for fuel cells and their components, and has been invited to present his work at various international and national meetings. He is the recipient of a number of awards including a Fulbright scholarship to Australia, a 2012 Presidential Early Career Award for Scientists and Engineers (PECASE), the 2014 Charles W. Tobias Young Investigator Award of the Electrochemical Society, the 2016 Sir William Grove Award from the International Association for Hydrogen Energy, and a 2020R&D100 award for microelectrode development. He is a Fellow of The Electrochemical Society and the International Association of Advanced Materials.